FREE STANDARD DELIVERY ON ALL ORDERS OVER £40 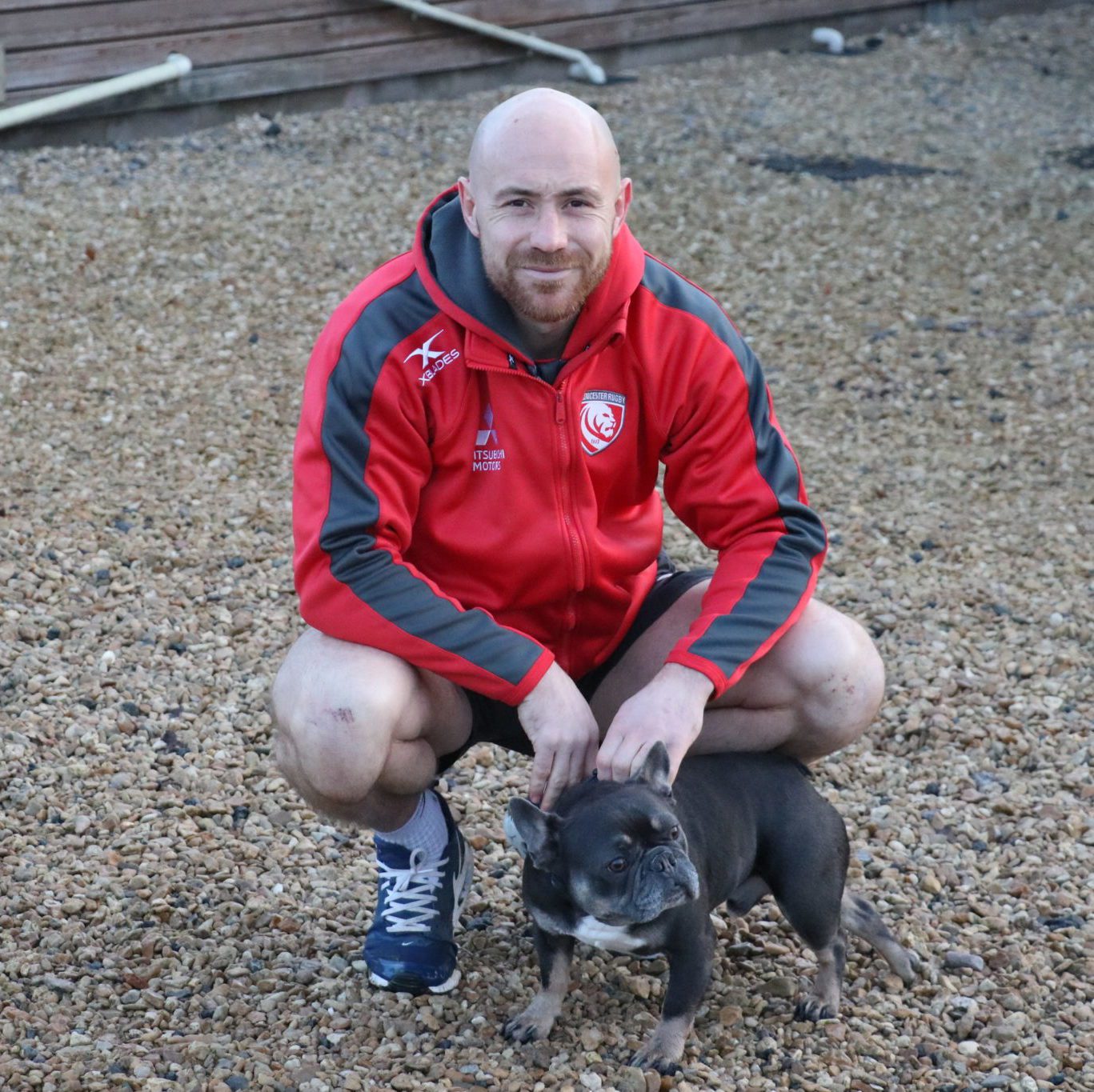 Skinner’s are proud to be an Official Club Partner of Gloucester Rugby Club. Many of the players have dogs, which is why we thought it would be great to interview a few members of the team to find out a bit about their pooches!

1. Have you always had dogs in your family?

2. How did Ozzy and Lilo come into your life?

I have had both dogs since they were puppies. The reason that I first got Ozzy was because I had an injury, so my wife bought home a puppy to provide me with a distraction and comfort. I then got a second serious injury and bought Lilo.

3. How would you best describe their characters?

Both dogs are very different in their personalities. Ozzy is a manic depressive, needy, hungry but also very affectionate. Whereas Lilo is playful, confident and independent.

4. Do they have any bad habits?

They don’t have any bad habits as such, although Ozzy has chewed my slippers in the past and managed to get hold of some M&M’s one day! Both Ozzy and Lilo have been known to jump on the table!

5. Do they come to the training ground with you?

Most days they come along, and I walk them both around our training ground at Hartpury with other players during our breaks that we have around our training. There are quite a few Gloucester Rugby players with dogs, so my dogs particularly like walking with Billy Twelvetrees’ and Tom Savage’s dogs.

6. Do they get on with the other players’ dogs? Do they have any dogs that they prefer to tackle?

Yes, they do get on with other players’ dogs. In particular, they like Archie who is Willi Heinz’s dog, and they also get on well with Cecil, Tom Savage’s dog. These two are also French bulldogs. Essentially, I started a “French Bulldog domino effect” at Gloucester Rugby!

7. Where is their favourite walk?

Their favourite walk is Plot Court, which is a large open space just on the edge of the city of Gloucester.

8. What is their favourite food?

1. Have you always had dogs in your family?

Yes, I’ve always had dogs. I think it’s probably about 7 over my lifetime so far!

2. How did Archie come into your life?

I got Archie, a French Bulldog from a dog rescue centre called “Teckels” in Gloucester. I moved from New Zealand in 2015 and have been playing at Gloucester Rugby since I arrived. I actually got Archie after meeting Henry Trinder’s French Bulldog and fell in love with the breed.

3. How would you describe his character?

Archie is affectionate, needy and loyal; he is rarely energetic!

4. Does he have any bad habits?

5. Does he come to the training ground with you?

Now and again Archie will come to the training ground with me, although not every day. I generally walk him with the other players and their dogs when he comes up to Hartpury. We are really lucky where we train as we basically are situated in the campus of Hartpury University College in Gloucestershire, which is full of fields and animals.

6. Does he get on with the other players’ dogs? Does he have any dogs that he prefers to tacke?

Archie gets on with some of the other player’s dogs, but not all of them; especially not around meal times! He particularly likes Lilo, Henry Trinder’s French Bulldog.

7. Where is his favourite walk?

8. What is his favourite food?

Do you want to feed your dog like a professional rugby player’s dog? Here is what Willi Heinz and Henry Trinder feed their dogs!

How can I keep my dog safe over the Christmas period?

How to stop a puppy from becoming bored

Did you find this article useful or interesting?

Skinner's at The Suffolk Show

A day in the life of our Puppy Pack Administrator

We use cookies to personalise content, to monitor site traffic and deliver targeted advertising. We also share information about your use of our site with our social media and advertising partners who may combine it with other information that you've provided to them or that they've collected from your use of their services.