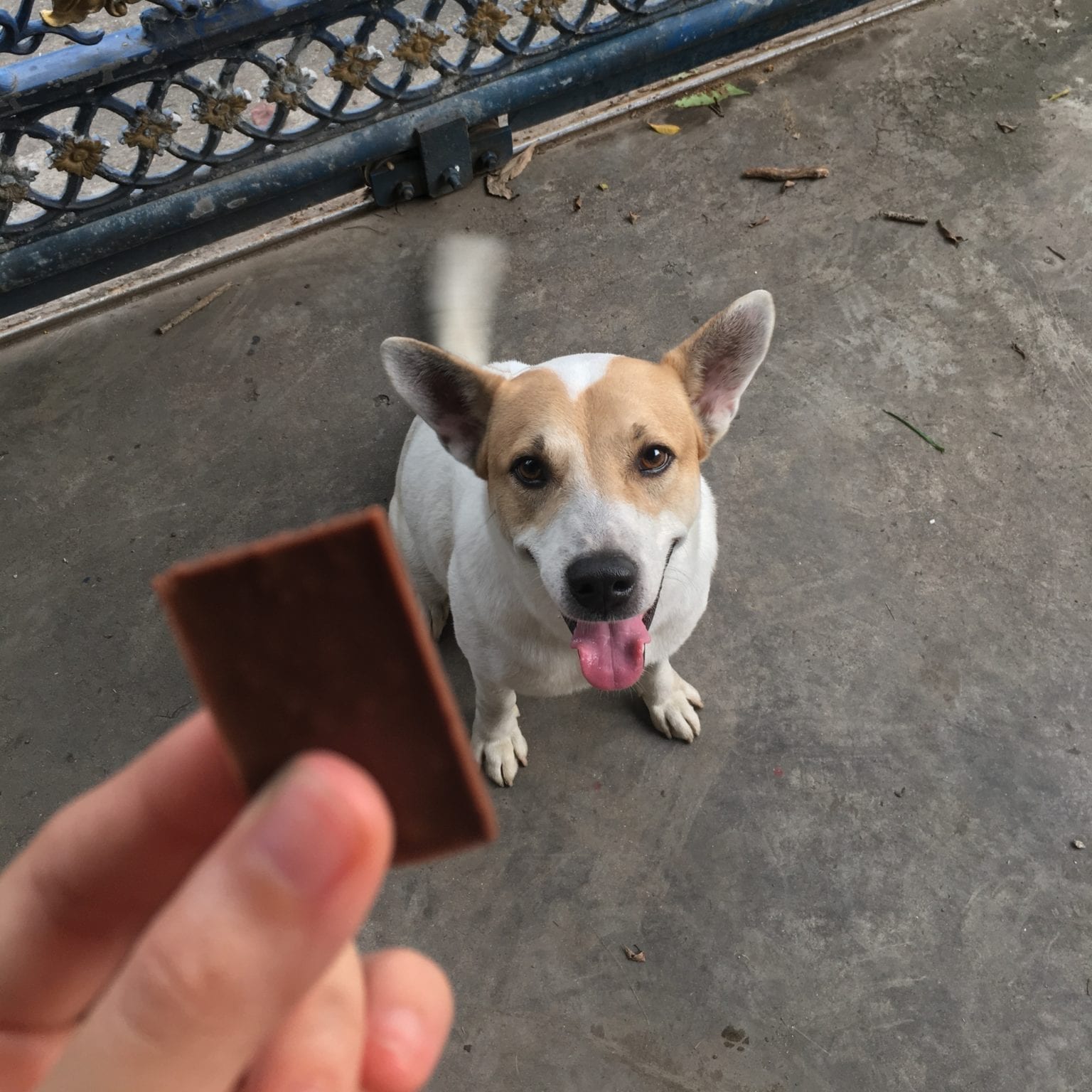 Birthdays, Christmas and Easter are times for celebrations, drinks and copious amounts of cake and chocolate- but not for everyone. Foods such as chocolate can seem like tempting treats to our beloved pooches but can have serious health effects if they consume them. Chocolate contains toxic components called methylxanthines, more specifically known as theobromine and caffeine. Although theobromine can be broken down easily in the human body, it takes much longer to break down in dogs, causing toxic levels to build up. If as little as 20mg/kg is ingested, toxic reactions can still occur, including vomiting, diarrhea and polydipsia (extreme thirst). In more serious cases reactions can include cardiotoxicity (heart dysfunction) and even seizures if a dog consumes over 60mg/kg (1).

However, the degree of toxicity will depend on the relative amounts of theobromine and caffeine in chocolate, which can vary based on the type of chocolate and how it is processed (2). For example, dark chocolate is the most toxic, as it contains the highest concentration of methylxanthines, while white chocolate has a much lower concentration, meaning more can be consumed before it becomes toxic. Other influential factors include the sensitivity of the dog’s digestive system, the size of the dog and whether the chocolate was ingested on an empty stomach (3).

Are any other foods dangerous to my dog?

It’s not just chocolate that’s the problem. Many dog owners are unaware of the dangers of grapes, onions and nuts, which can also be poisonous to our pets. Interestingly, a study by Kansas State Veterinary Diagnostic Laboratory found the highest number of hazardous exposure cases in pets were caused by chocolate ingestion (14.8%), followed closely by cases of onion, garlic, grape and nut consumption (4).

Although a harmless, flavour-some ingredient in many of our home-cooked meals, onions can pose a serious health risk to our dogs. This is because onions contain organosulfoxides, that when eaten form a mixture of Sulphur compounds in the body. A build-up of these compounds can damage the body’s red blood cells, leading to the onset of anaemia. Symptoms often appear 1-2 days after consumption, including vomiting, diarrhea, depression, loss of appetite and abdominal pain (5).
Since 2003, the number of reported cases of dogs consuming grapes, raisins and sultanas has increased, with a small percentage of these cases ending in fatality. Sadly, there is very little research on what makes these fruits toxic, but we do know that consumption of as little as 2.8mg/kg can be deadly. The most common symptom is renal failure, which if un-treated can be fatal, or require euthanasia of the dog (5).

Perhaps less commonly eaten in the every-day household are macadamia nuts. These crunchy little treats may seem safe, but can cause weakness, vomiting, ataxia (reduced co-ordination), tremors and hyperthermia in dogs, if consumed in high amounts. The exact cause of toxicosis is unknown, however there are theories whether it is caused by an ingredient in the nut or from contaminants during processing. What we do know is more research is needed to find out the cause of this problem (6).

As we now know, there are many dangerous household foods which can pose a serious health risk to our dogs- but the problems don’t stop there. Other foods can be equally dangerous including avocado, artificial sweeteners, garlic and more. Therefore, if you have any concerns or you think your dog may have consumed any of these foods, please seek veterinary help immediately.

As a nation of pet-loving people, let’s make sure we keep our dogs safe and healthy, both inside and out. 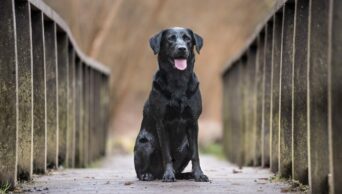 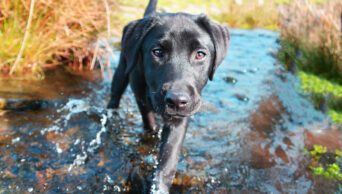 Fab labs! Labradors take the lead in the UK’s most popular breed for 2019